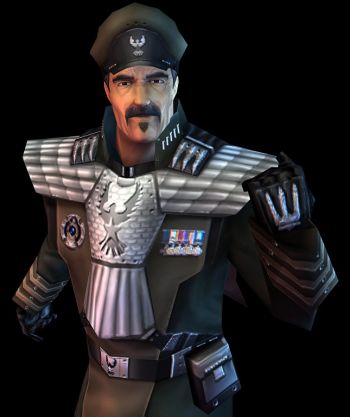 Chancellor Victor Sopot is the main antagonist in the early part of Red Faction II.

For 15 years, Victor Sopot has been The Commonwealth's dictator. At the beginning of Red Faction II, the nanotechnology developed by Capek in Red Faction has been confiscated by the EDF, and Sopot demands the technology for himself. Once he has it, he uses it to enhance his army. However, his insecurity and paranoia led him to fear his soldiers, and eventually demand their deaths. Unsurprisingly, they are less than pleased about this development, and subsequently six of these soldiers form an elite squad against him.