This page is for discussing legitimate modifications. Cheats will not be covered here.

Mod is short for "modification". A modification is simply a part of the game that has been changed or customized. 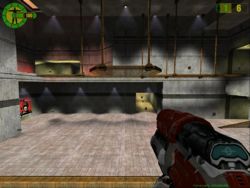 Client-Side mods are any modification that you may use alone with or without the server or other clients also having it.

They include HUDs, Models, Textures, and Skins.

HUDs: Heads-Up-Displays include any text or images that are displayed on the players screen while they play. Includes such elements as health/armor displays, ammo in clip/ammo in reserve displays, time remaining, and reticles.

Models: Client-Side models refer to custom clutter objects, custom pickups, custom first person weapon models, custom player models, and custom vehicle models. Custom Clutter Objects could be called cheats if they are different sizes to the original or have different collisions for meshes and/or projectiles. Custom first person weapon models and custom player models are largely accepted as legitimate so long as they do not offer you a distinct advantage.

Textures/Skins: Client-Side texture and/or skin modifications are most often considered cheats because they can make players, pickups, or places easier or harder to see than by default.

Server-Side mods include any modifications that change the game without having a client download anything new to play. 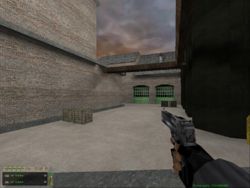 Conversion mods (command-line) are modifications that require a client & server to both download and run a modified version of the game. Conversion mods can be as simple as modified weapon fire rates or as complex as brand new gametypes with new objectives, maps and models.