NOTE: This interview was originally posted on June 13, 2000 by Chris "Outlaw" O'Brien on Voodoo Extreme, which is no longer available.

Today, we have an interview with Volition's Scott "Skarz" Blinn regarding his work on Red Faction, the Geo-Mod Engine, and Volition's in-house level editor which he plays so much with...err, talks about so much. Without further ado, here it is

Pure Power. The editor has more features than any level editor before it and the best part is that it's all easy to use. With brush/geometry tools like Bend, Twist, Mesh Smooth, Jitter, Stretch, Extrude, Bevel, Fuse/Carve, Weld and others (most of which can be used on the brush, poly, vertex level), you have the power to make the geometry exactly the way you want it- and quickly! Also, all that stuff has real-time feedback while you work (for example: you can watch the pipe bend in real-time while you apply the bend tool on it).

We know that the Geo-Mod Engine means quite a lot in terms of gameplay and graphics, but was does it mean for modification makers and level designers?

For level designers it can be quite a mixed blessing, but overall it's a very good thing. It does take some time to get used to though. You need to constantly think about the structure you are building as a whole- what it's made of (some materials can't be destroyed if you so allow), it's relation to other parts of the level, and things of that nature. In general it's much easier to "break" the levels if you are not aware of how you build the whole time. It also adds time to the overall design process of the level.

On the other hand, it's damn cool to know you can place pipes or re-bar in a cement wall and know that the players will see them when they take a chunk out of that wall!

What is the new level editor going to mean for the gaming community, if anything?

It's going to mean a lot I think. For people who wish to create levels/mods for Red Faction they are going to have some power at their finger tips they only dreamt of in the past. I also honestly think it is going to set a new standard for the level editors of the future with some of the things we are putting in the editor and also the way we make other existing features of other FPS editors easier to use and more powerful (wait until you see our decal system in action!).

Yes, level loads are handled in a similar way to Half-Life. I can't really say how fast they will be yet as we are still optimizing that code, but it will be at least as fast as Half-Life- and probably a lot faster. In some level sections it already feels more like a quick framerate hit than a level load.

Compile times are very fast. It's hard to give you a comparison yet though, as our levels are still early in development. I would compare it to UnrealEd's compile times, but maybe a little faster.

Do you need to do anything special in the level editor to implement functionality for the Geo-Mod Engine? If so, how easy is it to implement?

Currently you set up things in the editor called "Geo Regions" to specify where geometry can be modified/destroyed. If you wanted everything in the level to be destroyed you can just set up one big geo region around the level- or you can micro-manage every aspect of how and where you want things to take damage. Also, you can set properties such as the texture to be used in the new holes (if you want to override what the system will automatically use) as well as the hardness of the materials/area.

In all honesty, how long did it take you to learn how to use the level editor? How long would you figure it would take a new user?

Not to long- I pretty much designed the editor's features from the ground up and how all it's major systems should work and look. :-) If your asking how long it would take someone else to learn this editor I can say that all the other designers here picked it up very quickly. Any designer who has used a level editor in the past should be able to get up to speed very quickly. I also think that people who have never used an editor before will find the Red Faction editor easy to use. Our multiple Undo/Redo feature will help designers experiment as much as they want as well.

Thanks goes out to Scott for getting this back to us faster than the server runs when a new GameBoy memory pack is added to it...

And in case you missed them on the main page, here are some screenshots of Scott hard at work in the level editor: 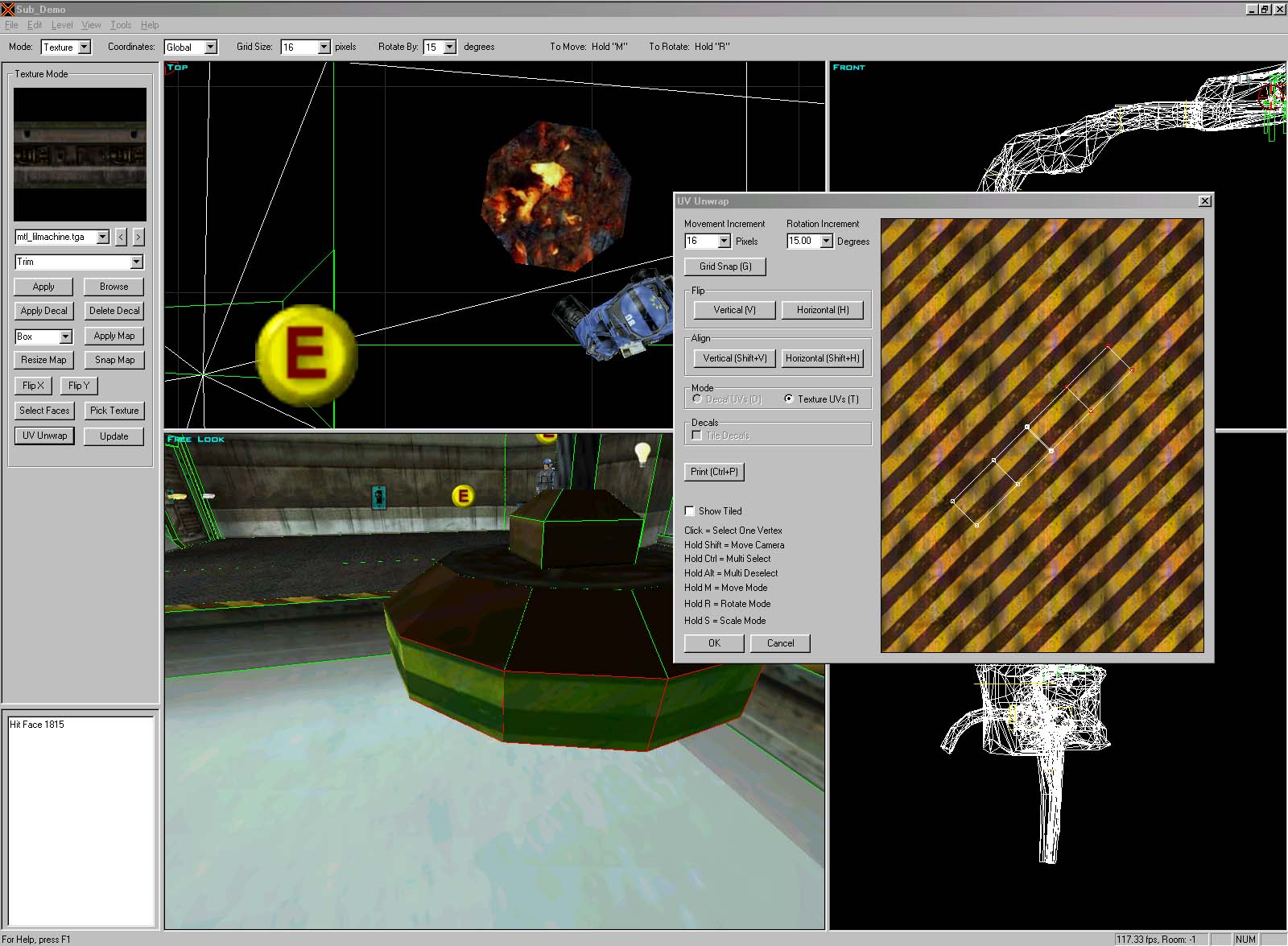 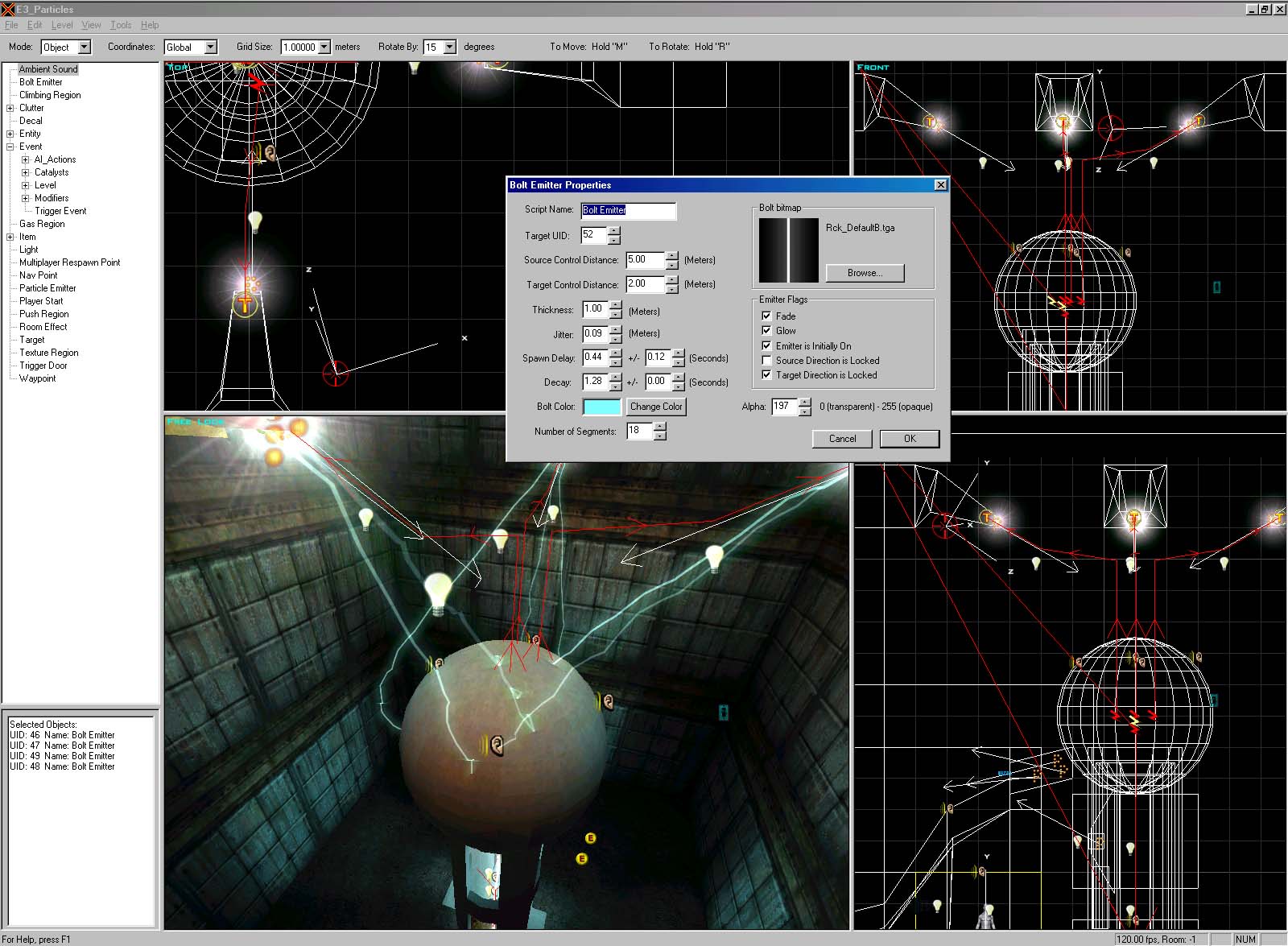