NOTE: This preview was originally posted in 2000 by Gareth Holden on GamesDomain, which is no longer available.

As a launch title, many were impressed by Timesplitters' debut on the PlayStation2, offering four player split-screen fun, while maintaining high frame rates and detailed environments. Radical Design even managed to squeeze plenty of humour into the frantic shooting frenzy to round off the proceedings on a near perfect high. While only a few games can boast such a pedigree, such as Goldeneye and Perfect Dark from Rare, Volition is hoping to have the next big gun firmly under its belt with Red Faction. 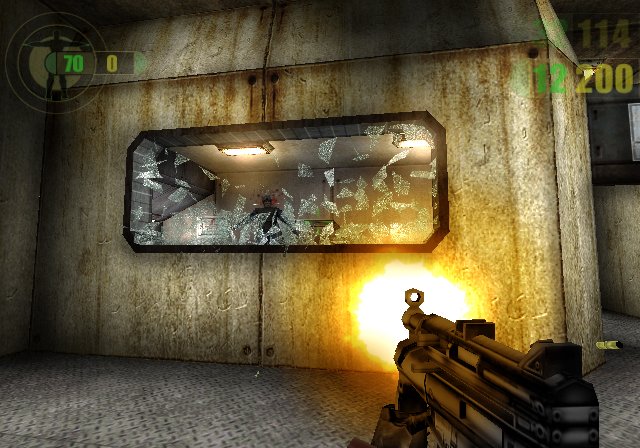 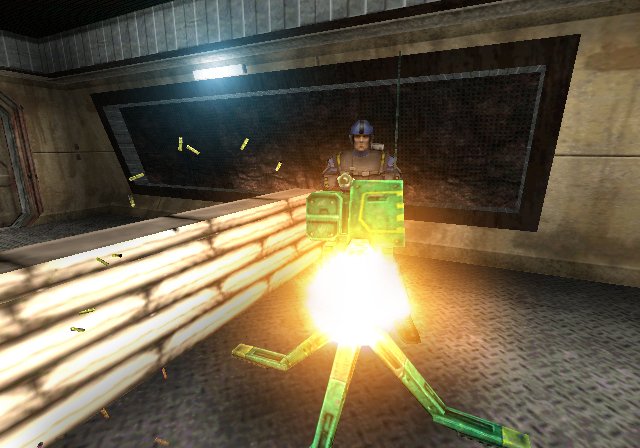 Players assume the role of Parker, a worker toiling in mines run by the Ultor Corporation, situated deep beneath the surface of Mars. With the miners already having to endure inhuman living conditions, a strange Plague is sweeping through the workforce. The miners' frustration is reaching boiling point and it's your job to kick-off a rebellion against Ultor. Your task is to stay alive long enough to bring the Ultor Corporation to its knees and solve the mystery of the Plague. The journey will take him on a journey through the subterranean mines, to the heart of Ultor's science and nanotech labs, up to the surface of Mars and even onto the satellites, which orbit high above the planet. In all there'll be 20 glorious 3D levels for you to devastate, although some will require you to rely on stealth over pure mayhem to be successful. Either way, you can be guaranteed the storyline will be immersive and compelling throughout. 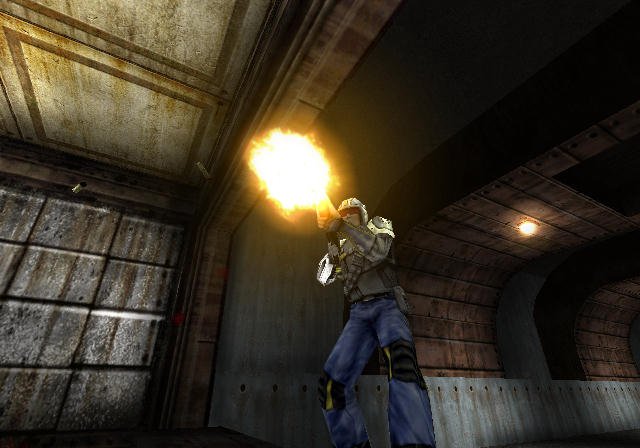 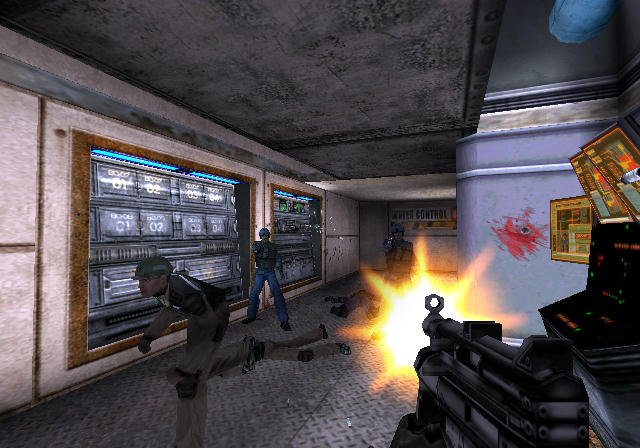 What makes the game stand head and shoulders above the numerous first-person shooters currently on the market is the inclusion of Geo-Mod Technology (short for Geometry Modification). As you might have guessed, this means that you can get tooled up with a gargantuan-proportioned blaster, let rip and simply blow chunks of scenery into smitherines. This must be seen to be believed, producing real-time modifications to the playing environments; meaning there's no place you can truly feel safe! You can view enemies on your weapon's thermal image monitor and then give them a shock they'll never even live to forget as your firepower rips right through the wall. Expect intuitive AI to respond correctly with the ever-changing scenery, such as enemies using newly-created holes in walls to fire through. Not only will this play a vital role in conveying a sense of realism to the player, but will also allow for massively diverse gameplay. 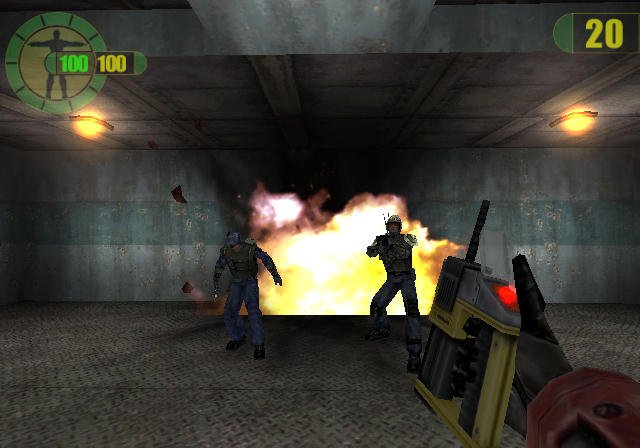 Red Faction's stunning physics engine even allows you to take down the supports from towers and buildings, causing them to tumble accordingly under the strain. Every time you shoot a bit of scenery, it will crumble in a different way, depending on where the impact was most intense, thanks to an incredibly detailed particle system. Shoot a pane of glass and it will shatter into shards according to where the first bullets pierce it. Better still, you'll be able to jump into the cockpit of any vehicles you might stumble across, including tanks, helicopters and submarines, blasting your way through anything or anyone that should stand in your path. 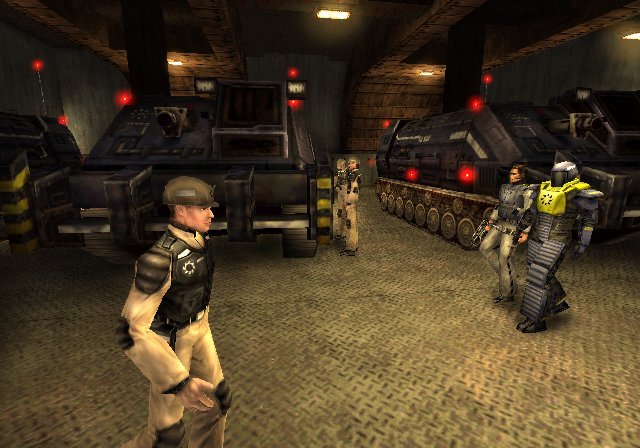 No first-person shooter is complete without a full set of weapons to fry other beings with. Thankfully, Volition has obliged, providing sniper rifles for long-distance pickings as well as plenty of heavy-duty blasters for annihilating enemies close-up. You'll even be able to commandeer enemy-manned gun turrets to wreak sheer havoc. 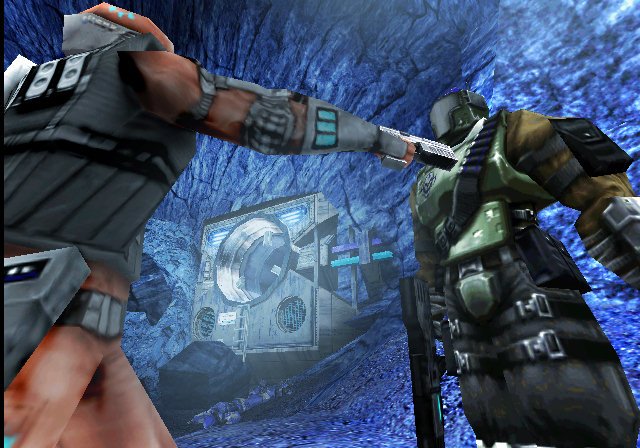 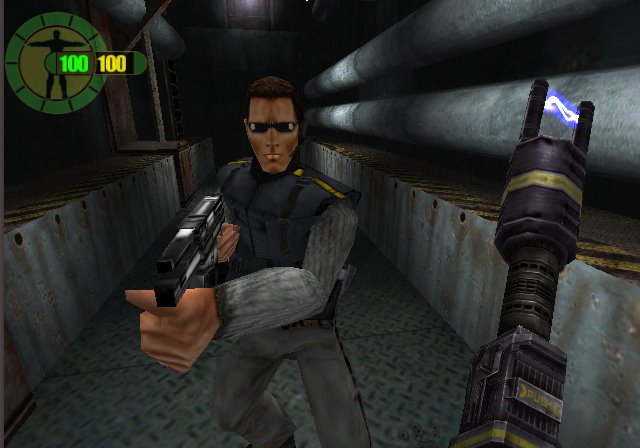 From what we've played of the game at ECTS 2000, Red Faction is shaping up to be a cut above the competition in the first-person shooter genre. It looks certain to blast all competitors clean out of the way - believe the hype!